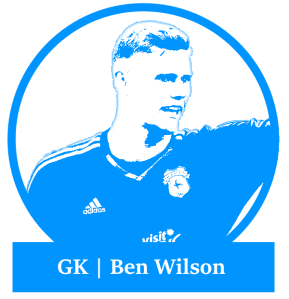 The second signing in goal, Ben Wilson looks to be very much a replacement for Liam O’Brien. With just 48 league appearances under his belt at the age of 26, Wilson is in the territory of being a career second-choice goalkeeper. Although he impressed in goal for Bradford during our most recent league meeting, Wilson’s experience during his career when he’s been first-choice can charitably be described as mixed – although young goalkeepers are prone to errors and having been out on loan a lot, he hasn’t been at clubs invested in his development. The addition of Wilson is an indication that Marko Marosi is being backed as the first-choice goalkeeper.

Signing two relatively young goalkeepers in Wilson and Marosi is an indication that Mark Robins is looking to continue the ethos of looking to improve young players that we saw last season. The risk with having two relatively inexperienced goalkeepers is that neither prove to be capable of standing up to the pressure of being a number one, and with both on three-year contracts, it could leave us looking relatively weak in goal for a while if the gamble doesn’t pay-off. The upside is that if one of Wilson or Marosi does the business, the position is not only covered for the immediate future but we have someone in goal who is capable of getting even better. As we’ve seen since the departure of Joe Murphy, there are risks and rewards in going with younger goalkeepers and we may have to be a little patient with either Wilson or Marosi over the course of the next couple of years.