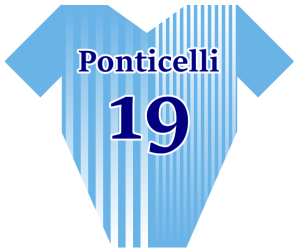 Just over three years ago, Jordan Ponticelli was the ‘great white hope’ for Coventry City fans. As a miserable cast of rogues and misfits staggered towards relegation, there was Jordan Ponticelli slamming in the goals left, right and centre at youth-level. It seemed scandalous to some that a player who was still raw and untested at senior level wasn’t been thrown into the midst of a grim relegation battle. Since getting his chance at first-team level in subsequent years, Ponticelli has demonstrated in terms of his pure finishing ability that he could replicate his youth-team scoring feats in men’s football, however, the rawness in his all-round game has meant he’s never been able to get a run of starts together to build momentum in his senior career.

Ponticelli’s best chance to establish himself in the first-team probably came a year too soon for him. He had two runs around the starting XI in November and then in April in that promotion-winning season in League Two, with the latter seeing Ponticelli grab his first league goal via backheel finish in a crucial away game against Notts County, before scoring a crucial brace to beat Crawley Town and helping the club secure a play-off berth. However, the form of Marc McNulty meant Ponticelli struggled to fit into the same starting XI and even when he came off the bench, he was limited to five or ten-minute appearances out of position on the right of midfield. Since then, Ponticelli’s progress has been stymied via a combination of injuries and a poor choice of loan clubs where he hasn’t been trusted to be the main man.

It was typical of Ponticelli’s career thus far that his best loan move, to Wrexham for the second half of last season, was unluckily cut short by a pandemic. Had he been able to complete the season in the form he was starting to demonstrate at the Welsh club, he could have been looking towards a League Two loan move this season rather than what is likely to be another stint in the fifth-tier. While time is running out on Ponticelli making it at Coventry City, there is clearly a great goalscorer within him waiting to be unlocked if he can find the right club to build momentum with for this coming season.